Please Note: You are viewing the non-styled version of the Capital Partnerships website. Either your browser does not support Cascading Style Sheets (CSS) or they are disabled. We suggest upgrading your browser to the latest version of your favorite Internet browser.

Christine J. Vineis has a lifetime of public affairs experience in both Washington, New York and Columbus, Ohio. Her legislative expertise is grounded in diverse public policy areas, having worked for a ranking Republican on the House Commerce Committee, represented one of the nation's top railroads before Congress and the Administration, and founded the international, 45-chapter Women's Transportation Seminar Her strategic project financing advisory services and grant writing are also grounded in relationship-building, so vital to all funding. .

Christine left the Hill to become the first female officer of I.C. Industries. As Assistant Vice President of Government Affairs, she represented the Illinois Central Railroad, (now the Canadian National) PET Foods and the Hussman Corporation.

In the New York City headquarters of Pfizer, Inc., Christine was director of the pharmaceutical industry's first consumer advertising campaign. She also managed the public relations elements of the AT&T divestiture for Posner Public Relations.

After moving to Columbus Christine worked as assistant to the Speaker of the House of the Ohio General Assembly and then as Director of Public Affairs for the region's metropolitan planning organization.

Today, as president of her own business, Ms. Vineis consults on a wide range of public policies, bringing strategic communication messages to Capitol Hill and impressive results to her many clients. Her project financing prowess means a client can jump the waiting list and be funded 9 years earlier- a true case - or a major university submits an innovative pre-school grant application built around a new services template that includes health, nutrition, daycare and entrepreneurship by mothers - she was there from the beginning of the multi-layer program's design.

Christine is founder and past-president of Ohio Women in Government, which she organized in 1997 to promote women to leadership positions within Ohio government. She is past President of the Board of CHOICES, which helps victims of domestic abuse, and member of the WTS Advisory Board. Today she is a member of the Community Foundation of Nantucket's Grants Committee and the board of the Nantucket Book Festival. She is chair of the First Congregational Church of Nantucket's final capital campaign event.

She has a BA from Wheaton College in Norton, Massachusetts and a Masters in Public Affairs from the George Washington University. 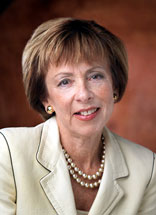 During her 28 professional years in the field of organizational and funding development, Jana has provided services to a variety of institutions engaged in strategic and systems improvement including federal departments and agencies, school districts, universities, municipalities, railroads, transit systems, health care providers and Fortune 150 companies. She has developed and successfully applied proprietary and copyrighted processes, such as Participative Planning Process©, Integrated Process Analysis©, Evergreen Strategic Management©.

Jana is experienced in (1) strategic and performance planning and implementation, (2) research design and program evaluation, and (3) change management and leadership training.
She has assisted organizations transform their strategies in response to changes in their funding and operating environment with particular attention to strategic change, internal controls and the relationship between implementation and performance.

As a grant writer, her competencies include prospect research, program design, proposal preparation, evaluation plans, grant tracking and organizational capacity-building. Her expertise and experience in organizational development/assessment is a value-added feature in developing a comprehensive mix of strategies to maximize grant-funded activity, and long-term financial and organizational stability. Ms. Evans has managed many "red team" reviews for Compliance, Completeness, Responsiveness Presentation, and the Sell, including a winning proposal for an $80M IDIQ contract with US Agency for International Development, Department of State. Jana understands the importance of teamwork and creativity in developing a compelling grant proposal.

Ms. Evans received a BS in Education from The Ohio State University (Columbus, OH) and pursued post-graduate studies there also. 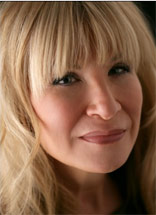